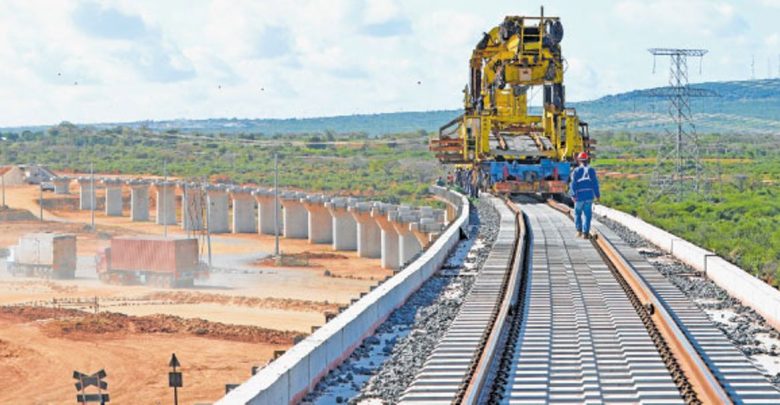 Big infrastructure projects are always controversial. Yet in parts of the world associated with severely deficient infrastructure, the positive value of major infrastructure investments is often taken as a given.

This assumption needs to be subjected to much greater scrutiny, as I argue in new research that explores the narrative of Africa’s “infrastructure gap” and why different bodies are rushing to “plug” it. The nature of the relationship between infrastructure and economic growth is already contested. Despite their tendency to produce a short term boom, there is evidence that big infrastructure investments can exacerbate economic fragility.

But such negative impacts are more than economic. While some internationally financed transport projects are very popular with many city-dwellers – such as the light rail in Addis Ababa, regardless of its other failings – others can generate widespread anger and various perverse local impacts. The reality is that the kinds of projects attracting big finance are rarely structured to benefit those who most urgently require infrastructure access.

The mega-road as a barricade

In Nalumunye, a suburb of the Ugandan capital Kampala, some people are so angry about the newly opened expressway carving an impassable barrier through their lives that they refused to take part in my team’s research about it. This is more than mere nimbyism. Those living near the road are furious on the grounds that it is useless to them, has inflated land values for some other people while cutting off their land and swamping it in dust, and offers no easily accessible entry points. 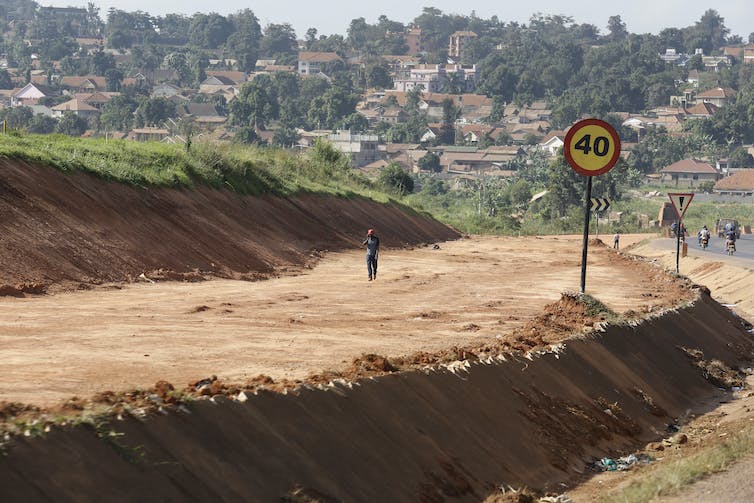 The Kampala-Entebbe Expressway under construction, 17 February 2016. Dai Kurokawa/EPAOn one side of the road, commutes into the city have hugely increased in length as many people have to travel miles in the wrong direction before reaching a crossing point. On the other, people are cut off from land and families on which their livelihoods depend. Meanwhile, the social character of the area has changed dramatically as speculators swarm in to build luxurious villas. Many of these remain empty as the promised local benefits of the road fail to materialise. Even if they can access the road, ordinary people fear that the toll payments, when introduced, won’t be affordable.

Of course, the expressway has its benefits for regular travellers between the capital and Entebbe airport – though there are growing concerns about continuing low usage a year and a half after its opening. Dubbed the world’s most expensive road, it provides just one among many examples of large, expensive infrastructure projects for which the benefits are increasingly being questioned within Africa.

Africa is often presented in international media and policy as being held back by absences that need filling. But rarely is much attention paid to different experiences of this “need” or who benefits from filling such gaps. The idea of a yawning African “infrastructure gap” is the ultimate example of this, with the shortfall in infrastructure often estimated in hundreds of billions or even trillions of dollars.

It is true that there are major infrastructure challenges in many parts of Africa. But a careful look at the motivations behind the increased emphasis on this “gap” by a range of financial bodies such as pension funds, insurance companies and other major global investors is needed.

Since the financial crisis of 2007-09, such bodies have been looking for new kinds of asset to invest in. This has led to Africa’s infrastructure gap being increasingly framed as an investment opportunity. While it is often Chinese-financed infrastructurelike the road described above that is currently most visible, a further wave of infrastructure financed by private international capital from the West is on the horizon.

From South Africa to the Democratic Republic of Congo, infrastructure financed through public-private-partnerhips and other forms of “blended finance” are being touted as the answer to Africa’s challenges. In the words of the South African government, such projects “must be large” and must provide a “sufficiently attractive risk profile” for investors. 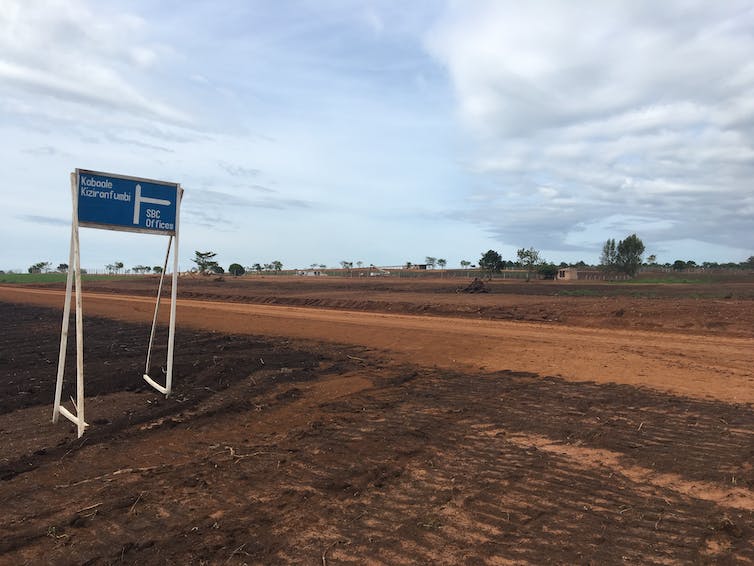 A Ugandan airport under construction. © Tom Goodfellow, Author providedYet the popular idea that boosting the global financing of African infrastructure represents a “win-win” for investors and African populations is problematic. There is evidence that the infrastructure that global financiers want to fund, such as toll roads, is not the kind that is most desperately needed by the majority of the population. Much more important are the relatively unglamourous critical infrastructures required to provide safe water, sanitation, drainage and transport accessible to all.

Meanwhile, as the Kampala case shows, big infrastructure investments often push up the value of land as speculators and high-end developers come in. This frequently displaces pre-existing populations.

The rising cost of land and property in urban Africa, especially in rapidly transforming areas on the peripheries of large cities, is also associated with increased land conflicts. In west Africa particularly, it is common for groups of men – known as “landguards” in Ghana or “Omo-Onile” (children of the soil) in Lagos – to base their livelihoods around violently extorting resources from ordinary people attempting to build on urban land, citing ancestral claims to the land as justification.

The boost to land prices provided by infrastructure investments is likely to exacerbate these practices, if not carefully managed. As one Nigerian landowner once noted to myself and a colleague: “Land is the crude oil of Lagos.” Valuable land echoes the idea of a “resource curse” through which abundance in a resource, such as oil, can generate violent conflict. And as wealthy urban property-owners cash in on increased land values, they also form an important political lobby that can block progressive reformssuch as increased property taxation. Ironically, this starves city governments of the resources to provide the infrastructures that really matter for the poor. 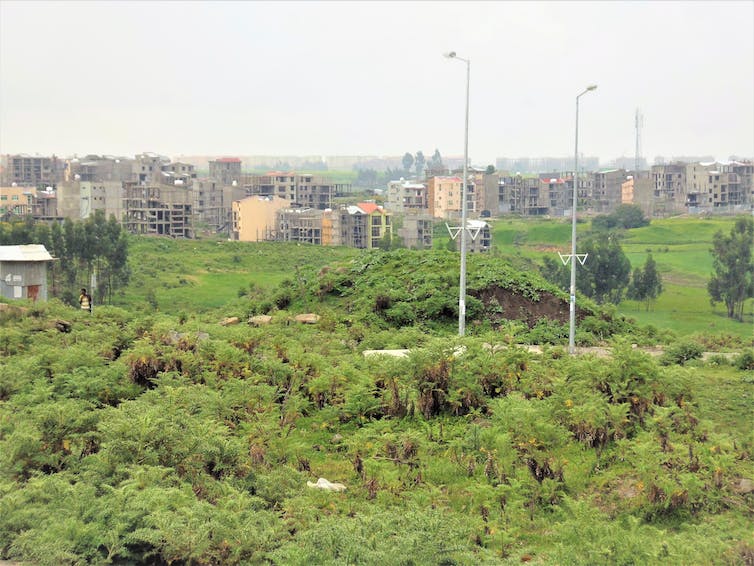 Properties under construction in Ethiopia. © Tom Goodfellow, Author providedInstead of presenting African cities as places characterised by absences, it is crucial to understand the interests and everyday practices that exist in these supposed “gaps”. This is not only about considering who will be displaced by mega-infrastructures: it means paying attention to whether they might generate new opportunities for some by preying on or excluding others.

Current “solutions” financed by international investors seeking high rates of return are not only offering limited prospects for the poor. They could even generate new forms of political instability by amplifying inequality and displacement, and fomenting land-based grievances.

Culled from The Conversation

Our National Security Council is a joke
Scroll to top