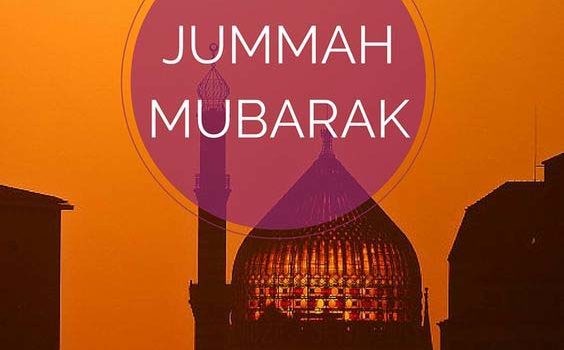 The Holy Qur’an considers human being as a creature with all possibilities of mistakes and sins. Thus, the widely approved notion of to err is human is countenanced in Islam, but sufficient guidance has been given to man in the Holy Qur’an to get rid of such mistakes on sins. In Islam the doors of repentance are always opened before the servants of Allah. It must however be emphasized that this should not be considered as a justification for man to go on to deliberately commit sins or a sort of encouragement for deviating from the reality.

These are only reflections of the wisdom of the All-Knowing and All-Seeing Allah, the Almighty in His creations. Though man is the best and the most dignified, he can’t be free from all mistakes since the declared enemy of man, Satan, tries to divert his attention by all possible ways and means. That is why we understand that among people only the Prophets were protected from all sins and mistakes.

This was a special arrangement from Allah to His selected servants whom He has entrusted a special mission of Prophet-hood. Except the Prophets there is no one in the world without any minor or major mistakes. Realizing the human nature to make mistakes Allah has urged His Servants to take refuge in Him from all possible influences of Satan, and if at all they commit anything wrong, they should repent and ask for His forgiveness. Allah likes to forgive and He has attributed Himself as the Most Forgiving. Allah says: O ye believers, turn ye all together towards Allah that you may attain Bliss. Holy Qur’an, 24:31.

In several verses of the Holy Qur’an we see Allah loving His servants who are penitent and pure. The Prophet Muhammad (peace and blessings of Allah be upon him) has said: “A penitent man is dear to Allah. He who returns from sin is like one who has got no sins.”

The Prophet Muhammad (PBUH) has exhorted his followers: You should fear your Allah wherever you are, follow a wrong deed with a good deed that may nullify it. Behave with people in a better way. Allah has made it clear that He will not reject the sincere appeal of repentance till his last breath.

The Prophet (PBUH) said: “Think that a man went to a vast field with a camel loaded with food and fuel. He slept thereafter leaning his head. When he woke up, he did not find his camel there. Then he began to search for it running to and fro and said after getting tired of hunger and sun: I will go to my former place to sleep, such a sleep that it may cause my death. Then he placed his head upon his hands and slept there to meet with death. When he awoke, he found his camel standing before him with food and water. His joy then knew no bounds. Allah becomes more pleased with the repentance of a believer than his joy.

The Prophet (PBUH) said: He was beside himself with joy and said in an ecstasy of joy “I am your Lord and You are my servant”.

Hazrat Hasan Basri said; When Allah accepted the penitence of Adam, the angels blessed him, and Jibreel and Mikail came to him and said: O Adam, Allah accepted your repentance and cooled your eyes. Adam said: O Jibreel, what will be my rank if after acceptance of this repentance some questions are asked? Allah then revealed to him: O Adam there will come sorrows and difficulties over your followers and repentance will be open to them. Whoever among them will repent, I will accept his repentance as I have accepted yours. Whoever seeks My forgiveness, I will not be miserly in accepting his forgiveness as I am near and accept invocations. O Adam, when I shall resurrect the repentant men, they will smile and enjoy and their repentance will be accepted.

The Qur’anic concept of balance is highly relevant in this context. Measuring of merits and demerits and acceptance of merits and demerits are mere human common sense. Allah says: All actions are recorded with Allah and whoever finds his right side of the balance (good deeds) more weighing will be successful and would be sent to the Paradise which is prepared for the most pious people. Whosoever finds his left side (the wrong doings) more high will have to go to the Hell, which is the symbol of all terrible, horrible miseries and difficulties.

Commenting on this, Allama Abdullah Yousuf Ali, opines that “the Balance used here is of course figurative. The Good Deeds will be weighed and appraised. This appraisement will be of the nicest and justest kind: for it will take into account motives, temptations, provocations, surrounding conditions, antecedents, subsequent amends, and all possible connected circumstances. Against them, presumably, will be deeds of the opposite kind, appraised in the same way. If the good predominates, the judgment will be in the man’s favor, and he will be ushered into a life of good pleasure and satisfaction. This will of course be on another plane”.

Ya Allah, bless Your Prophet and his house hold and make permanent through the Qur’an the rightness of our outward selves, keep out confusing thoughts from the soundness of our innermost minds, wash away the dirt of our hearts and remove the bondage of our burdens, compose our scattered affairs, quench in the halting place of presentation before You the thirst of our burning heat, and cloth us in the robes of security in this world and at our resurrection on the day of judgement!

Ya Allah, bless Your Prophet and his household, and through the Qur’an redress our lack, through absence of  impoverishment, drive towards us the comforts of life and in abundance of plentiful provisions, turn aside blameworthy character traits, and base moral qualities, and preserve us from the of faithlessness and the motives of hypocrisy, until the Qur’an would be for us at the resurrection a leader to Your good pleasure and your gardens, and for us in this world against your displeasure and transgressing Your bounds, a protector and a witness. Amin Ya Rabb.

THE QUR’ANIC CONCEPT OF UNITY OF MANKIND

CERTAINLY, ALLAH LOVES THOSE WHO ARE PENITENT: PART 2
Scroll to top