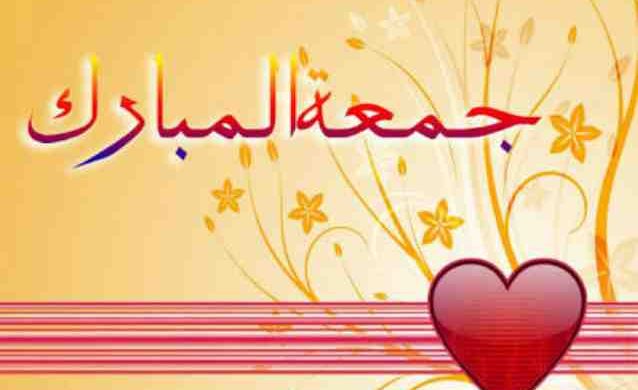 There is a golden rule that governs human history – to win you must be magnanimous.  Learning to forgive our fellow men is a virtue that makes one magnanimous and is bound to lead to eventual triumph.  It works wonders especially at times of disagreements, disputes, struggles and fights. Just imagine the level of moral excellence you can instantly achieve by restraining yourself and forgiving the offender in such situations – especially when you have the power to retaliate.

It is not unlawful in Islam to extract revenge on a perpetrator of cruel crimes.  ‘Turning the other cheek’ portrays a helpless degradation of the victim.  This is not what Islam promotes.  Victims are empowered to avenge themselves if they so wish.  But one is not entitled to give a worse blow than the one he has received.  A far nobler act would be to restrain one’s self and be patient.  Patience and self-restraint under extreme provocations and for the sake of Allah alone, places one at the peak of moral height which is bound to overwhelm one’s persecutors and eventually subdue them. Enormous rewards are promised for which a huge sacrifices must be made. Allah Subhanahu waTa’ala describes the rewards and the conditions for them in these words:

And compete with one another to attain your Lord’s forgiveness and to a Paradise as vast as the Heavens and the Earth, which has been prepared for the pious (Muttaqeen); those who spend (in Allah’s way) in the time of plenty and in the time of hardship, and hold in check their anger and pardon their fellow-men because Allah loves the doers of Good. Holy Qur’an Al Imran 133-134

If we wish to build a future for Islam in our respective countries, we need to demonstrate a higher moral quality.  Resorting to anger and vengeance will not get us anywhere.  We must learn how to control our anger and forgive our fellow men.  Not just in general matters, but even when we suffer injustice.  Some might think that this applies only to Muslims and we have a right to be angry on the Kuffar.  But this is not true.  In Surah Al Baqarah, Allah Subhanahu waTa’ala makes it clear:

Out of their selfish envy, many among the followers of earlier revelation would like to bring you back to denying the truth after you have attained faith, – (even) after truth has become clear to them.  None the less, forgive and overlook, until Allah shall make manifest His will:  Surely Allah has power to will anything. Holy Qur’an, Al Baqarah 109.

The young Muslims of today are under tremendous pressure to react against the mistreatment and suffering of the Muslims. For some Muslims, the objectives of Qisas and even Jihad are becoming increasingly blurred as inauthentic sermons are preached to them.  Causing fitnah and fasad has never been the objective of Jihad.  Islam ultimately wants to establish peace, goodness and justice.  It aims at conquering the hearts. This can only be achieved by exercising supreme tolerance.

The historian Ibn Saad quotes a beautiful example of this principle from the holy Prophet’s (Allah’s Blessings and Peace be upon him) life.  In 10AH he allowed a Christian deputation from Najran free access to his Mosque and with his full consent they celebrated Christian worship in the Mosque itself, although their adoration of Jesus as ‘son of God’ and Mary as ‘mother of God’ is fundamentally opposed to Islamic belief.

One may ask what should be done at the times of terrible outrage, horrific tortures and dehumanizing oppression.  Are we not allowed to defend ourselves?  Of course we are allowed to defend ourselves.  One can stand up for their rights.  However, even when ones wishes to right the wrong, compensation greater than the injury suffered must not be sought.  If wrongly pursued, this could become an evil as well.  The most one can do is to demand equal redress.  But the ideal is not to slake the thirst for revenge, but to follow better ways leading to the reform of the offender. The best moral means would be to turn hatred into friendship by forgiveness and love.  The Qur’an teaches us:-

And who, when tyranny afflicts them, defend themselves, but (remember that an attempt at) requiting evil, may, too, become an evil.  Therefore, whoever pardons (his foe) and makes peace, his reward rests with Allah – for verily, He does not love evil doers. Holy Qur’an Ash Shura 39-41.

Both the Qur’an and Hadith of our noble Prophet (Allah’s Blessings and Peace be upon him) repeatedly urge Muslims to forgive and overlook the wrong doing of others.

The Qur’an uses three words for this act of forgiveness.  But each with a shade of different meaning.  Afuwa is normally translated as ‘forgive’, but it also means to forget and to obliterate from one’s mind.  Safaha means to overlook, to ignore or to turn away from, to treat a matter as if it did not affect one. Gafara means to cover up something as Allah does to our sins with His grace.

Allah orders us to forgive even when the non-believers reject our da’wah:

When you call them to guidance, they do not listen.  You will see that they are looking at you, but they are seeing nothing. (Yet) hold to forgiveness, command what is right, but turn away from the ignorant. Holy Qur’an, Al- A’raf 198-199.

However enthusiastic we may be to enjoin and establish the universal goodness and to put a stop to evil, we are not given an open licence to act as we wish.  We can only invite people and cannot coerce them to accept maroof (goodness).

The most difficult of such conflicts with our ideals may even come from our near and dear ones – our family.  But the response must remain the same:

O you who believe, truly among your wives and children are (some that are) enemies to yourselves. So be aware of them! But if you pardon them and forbear, and forgive then surely Allah is Oft- forgiving, Most- merciful. Holy Qur’an, Al – Tagabun 14,

When they do wrong we are advised to forgive and overlook.  This is not easy but this is the quality Allah wants us to inculcate in us.  Because this is perhaps the top most of His attributes.  The Prophet (peace and blessings be upon him) taught us to pray to Allah Subhanahu waTa’ala in these words:

O Allah! Thou art the forgiver, Thou loveth forgiving, therefore forgive me.

The Prophets of Allah (Allah’s Blessings and Peace be upon them) have demonstrated the spirit of forgiveness again and again.  Sayyidina Yusuf told his scheming brothers:

He said, no reproach will be cast on you today, may Allah forgive you.  He is the most Merciful, most Kind. Holy Qur’an, Al-Yusuf 92

Reckoning for tyrants will undoubtedly come soon enough, but not through a hopeless imitation of their evil ways.  It can only come when we respond to them from superior moral standing – when we are able to forgive and overlook their sins.  This is authentic spirituality that enlarges the human soul and has the power to conquer the world.

HOW TO MEMORISE THE HOLY QUR’AN
Scroll to top