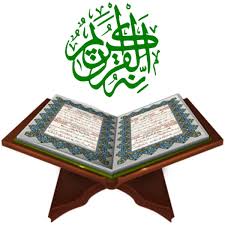 This is the Book in which there is no doubt, a guidance for those who are righteous. Holy Qur’an, 2:2

Has anybody ever come across a book that contains a preface where its author mentions about its infallibility from any error? Has anyone ever heard of any author who talks with so confidence and such authority? This is the Qur’an, revealed to one human being named Muhammad (peace and blessing be upon him), and its Author is Allah, the Lord and Sustainer of the universe.

At a time when the world sank to its lowest, oppression and tyranny exceeded all limits, human beings were enslaved by the arrogant kings and emperors, women lost their human dignity on earth, one fateful night in the month of Ramadhan determined the course of human history. Fourteen hundred years ago, Allah, the Lord, decided to bring back humanity from the disgrace of slavery into the position of Allah’s emissary on earth. That was the night of power, the Lailatul qadr, the night when angel Jibreel, on the command of Allah, made an eternal link between the heaven and the earth. That was a night that shaped the destiny of man.

This is the Qur’an that transformed a nation stooped in chaos, revolutionized them and elevated them to the peak of human perfection. This is the Qur’an that changed people’s heart, molded their character, uprooted their ignorance and reconstructed their society in the noblest and divine fashion. They were the Arabs who were on the verge of self-destruction because of their lawlessness, vulgarity, stupidity and, to use the Qur’anic terminology, because of their Ignorance (Jahiliyah). They were the people despised by the then two super powers, the Persians in the east and the Romans in the west, to the extent that none of them was even interested in taking over these barbaric and lawless people.

Yet the Qur’an was revealed to them to, probably, prove that Allah can easily change the fate of a nation if He so wishes. But Allah’s sunnah or principle is not simply to help a community without any reason, they have to acquire it with their persevered action. Only then Allah’s favor descends on them.

The revelation has been termed as a guidance (huda), clear sign of the guidance (baiyinah), criterion to discern the true from the false (furqan), clear explanation (bayan) and admonition (mau’idhah)

The month of Ramadan is the one in which the Qur’an was sent down as guidance for mankind, with clear signs containing guidance and criterion. Holy Qur’an 2:185.

This is a clear explanation for all mankind, and guidance and admonition for those who ward off evil. Holy Qur’an, 3:138.

It is a reminder (dhikr) and the word (kalam) from Allah. Allah showered His mercy on humanity in the form of a direct communication with His messenger for 23 years in the barren Arab land. Within ten years the tiny oasis of Madinah became the blessed land where a comprehensive code of life evolved from nothing. Madinah became the center of a divine civilization, a center of inspiration for humanity. It is all because of Qur’an’s miracle and the unique person that received it in his heart, the last and the noblest of the messengers. The heart that received the full weight of divine love for humanity led the ignorant humanity with the Qur’an’s message. It was the weight that no other creation would ever have dared to bear.

If We had sent down this Qur’an onto a mountain, you should have seen it humbled, crushed to pieces out of fear of Allah. Holy Qur’an, 59:21.

The Qur’an, meaning ‘read again and again’, elevated the Arabs who produced a miracle within a generation. The Arab hearts expanded to such an extent that those barbaric people grasped the true meaning of the message and learnt how to live as the best creation on earth. The fountain of love and universal brotherhood created the ‘best people’ on earth.

You are the best community that has been raised up for mankind. You enjoin the right, forbid the wrong and you believe in Allah. Holy Qur’an, 3:110.

The Qur’an created a world where a young woman could travel alone between two distant places of Arabia without any fear for her chastity. The Qur’an created minds that willingly surrendered to Allah (SWT) to such extent that a sinner rushed to the prophet to be punished in the world rather than suffering from fire in the hereafter. The Qur’an created compassionate hearts that cared for other living things and the natural world.

The Qur’an promises about prosperity and victory for those who live by it. The generations that grew up with the Qur’an in their hearts made mountains and oceans move from their way in their fight to establish a just world order. The Qur’anic generation left behind a legacy that continued for more than a thousand years. The shining Qur’an is still alive and looking for people who would live by it and change the fate of the world. It is rekindling the hearts of millions and demanding action from them. What a marvel! While other religious books are either lost or corrupted, the Qur’an still preserved in its pristine form.

It is We Who have sent down the Reminder (Qur’an) and We Who will preserve it. Holy Qur’an 15:9.

Every time we recite from the Qur’an, Allah speaks to us. Allah reminds us to think, to reflect and to look for His signs in and around us, to learn from the past, to follow His guidance, to serve humanity, to look after His creation. Do we understand Him, His call, His message? Even if we understand, do we respond? Even if we respond, do we have the guts to act wholeheartedly? The Qur’anic message asks us to challenge the ignorance (Jahiliya) the modern days. Are we prepared to take the challenge?

Lo! Allah changeth not the condition of a folk until they (first) change that which is in their hearts. Holy Qur’an, 13:11)

IN HARDSHIP AND IN EASE, RELY ON GOD – PART 1
Scroll to top