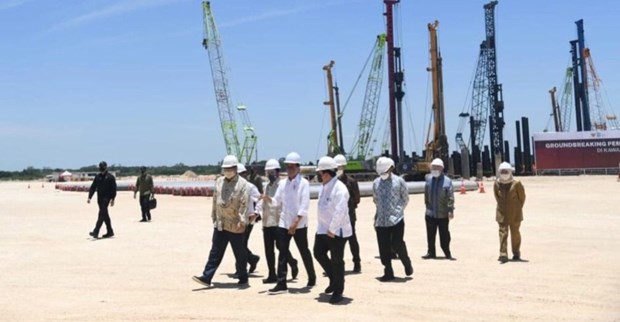 Jakarta (VNA) – Special economic zones (SEZs) in Indonesia have attracted a combined investment of 60 trillion rupiah (4 billion USD) following the approval of the Omnibus Act on job creation, an official from the Coordinating Ministry for Economic Affairs has said.

Elen Setiadi, an expert on regulation, law enforcement and economic resilience at the ministry said the act has partially changed the SEZ Law.

According to Setiadi, after the approval of the Omnibus Act on job creation, four new SEZs were established, including Gresik SEZ in East Java province, Lido SEZ in West Java province, Nongsa SEZ and Batam Aero Technic SEZ in Batam city in Riau province.

Currently PT Freeport Indonesia company is developing a metallurgical plant in Gresik SEZ, while MNC Land is looking to develop a tourist attraction in Lido SEZ. A project at SEZ Lido is expected to be completed in September or October.

Setiadi also said that a Hong Kong-based company has set up a data centre worth 7 trillion rupiah at Nongsa SEZ, while Lion Air Group is looking to expand its business at Batam Aero Technic SEZ.

Earlier, Indonesian Coordinating Minister for Economic Affairs Airlangga Hartarto said that Indonesia owns a total of 19 SEZs, of which 15 are active.

In order to promote the development of the SEZs, Indonesia has recently issued a decree which sets a target of attracting over 50 billion USD of investment in the zones in the next decade./.